Yes, this phrase segment is a small adaptation to another big slogan. But I think it is a very appropriate oneâ€¦ A long time ago one of the major players in the German technology industry, SIEMENS, developed, designed and produced mobile phones in Germany. 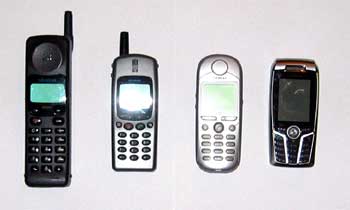 Lessons learned
I think it is very frustrating that a large organisation like SIEMENS is not able to set trends in a consumer business segment or even to identify those trends. According to various sources the company failed with different steps

So what can be learned in terms of an analysis of environment? Well, we have to be fair, the external analysis is not that easy. According to THOMMEN and ACHLEITNER this step of strategic planning is not an easy task for three reasons. Basically this analysis can be described as badly structured matter, which does not know a definitive solution. Due to the large amount of data the selection of relevant information remains a problem. To identify chances and threads for the organisation it is requested to analyse both current situation as well as possible developments. Hence the uncertainty of forecasts represents a third reason.