A couple of months ago I discussed in this post capital market issues and the cash flow that is created in specific nations trough commodities. Recently in some nations discussions are underway that focus on the financial power, which arise from “government investment funds” – also known as sovereign wealth funds – (in the sense that the government of a specific country has the majority or ownership to that fund or at least the ability to control the fund).  Some nations see a threat that these funds would invest their capital in certain industries; furthermore some funds could be used as a “Trojan Horse” to control and to guarantee access to strategically important industries.
To understand these issues it is helpful to give an overview about the largest and most powerful funds. 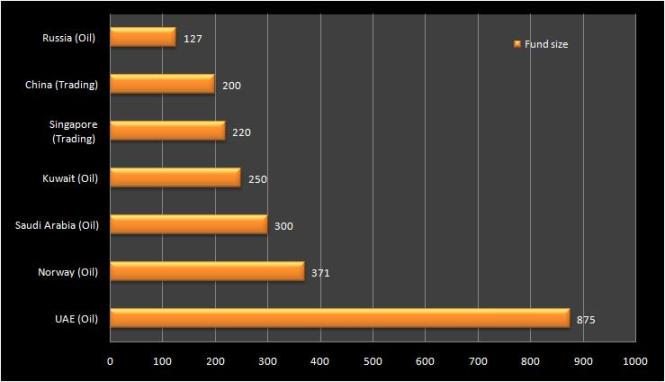