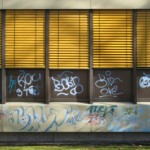 The Broken Windows Theory originates in law enforcement. It aims at reducing crime rates. This is not the typical source of ideas for corporate management, isnâ€™t it?
Actually, businesses can learn a lot from the successful implantation of this theory in the public sector. It can be transferred to many disciplines of management. Attracting and recruiting the best talent is one of them.

A recent post at the Strategy+Business blog reminded me that I had planned a post about the Broken Windows syndrome for a long time. I am convinced that a public community that tolerates minor crimes and petty offences has much in common with businesses that tolerate minor lapses in the behavior of their managers and employees.

Letâ€™s start with a bit of an explanation. I take the liberty to copy the description of the Broken Windows syndrome from the above-mentioned article. I surely couldnâ€™t say it better:

â€œThe broken windows theory was first popularized in a highly influential 1982 Atlantic Monthly article written by Harvard political scientist James Q. Wilson and Rutgers criminologist George L. Kelling. Citing a range of academic studies, they argued that the routine vandalism that had become pervasive â€¦ should be viewed as not just as a consequence but also a cause of more serious felonies. In a nutshell, the authors showed how letting minor trespasses against order and civility, such as graffiti or vandalized windows, go unaddressed created the perception that disorder was the norm in those neighborhoods. Moreover, they made the case that vandals were not just kids blowing off steam but in many cases were also habitual criminals who committed serious crimes. The authors therefore proposed increasing arrests for petty offenses as a first step toward restoring a sense of order â€” and stopping potential felons as well.â€

My very short summary of these ideas is:

My even shorter Summary:

By allowing minor lapses, you show everybody that you donâ€™t care. 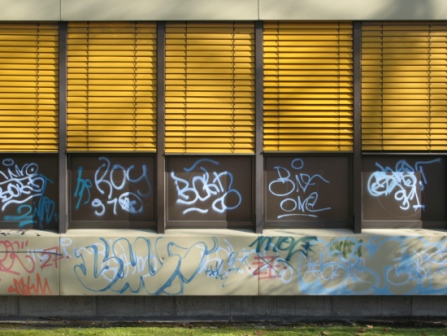 Why the the Broken Windows theory is relevant for businesses

This principle is general enough to apply to communities and businesses likewise. The S+B article draws parallels to corporate culture and

â€œThe broken windows theory is all about the unmistakable power of perception, about what people see and the conclusions they draw from it. â€¦ In business, perception is even more critical. The way a customer (or potential customer) perceives your business is a crucial element in your success or faleure.â€

Implications of the Broken Windows theory for recruiting

The first business analogy for the Broken Windows Syndrome that immediately came to my mind was recruiting. It is common sense that in times of a â€œwar for talentâ€ â€“ the ability to attract the best people has become a critical success factor:

What if a business makes the best candidates turn away before they sign a contract because they show that they donâ€™t care?

I have applied for enough jobs to remember some â€œminor lapsesâ€ that made me turn away:

All of these incidents were only minor lapses. Yes, busy managers can be late for a job interview. An assistant may have forgotten to tell the team about presentation. These things can happen. However, as long as there are businesses that better manage their job interview processes, these lapses convey a clear message: We donâ€™t care that much for what you think about us.

Do you think that businesses still can afford such an attitude?

As a summary, I once again refer to the S+B article:

â€œThatâ€™s the essence of the broken windows theory: It teaches us to pay attention to small signals of cultural decay.â€

Our book recommendations on the Broken Windows theory: