Lower Saxony, a federal state in the north of Germany, is VWâ€™s second-largest shareholder after Porsche. Due to the so called â€œVolkswagen lawâ€ the state is in a very comfortable position to control the company. 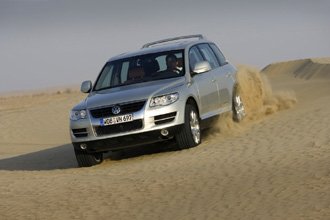 The law came into force on 21st March 1960, when the former Volkswagen GmbH was privatised and converted into a public listed company. But at that time the federal state wanted to preserve its influence on the carmaker. Therefore the Volkswagen law regulates that no shareholder can exercise more than 20 per cent of voting rights, even if he possesses a higher capital share. Hence it is possible for the state to stop major steps like the move of headquarter or even an unfriendly takeover.

Furthermore this law gives Lower Saxony a disproportionate influence. For a long time the state was the largest shareholder and Lower Saxony had the right to nominate two supervisory board members. At present Prime Minister Christian Wulff (CDU) and minister of economics Walter Hirche (FDP) are members.

But recently the German sports car maker Porsche has become the largest shareholder (27 per cent) and wants to receive a third seat on the board. According to the news, Lower Saxony will no longer stop the sports carmaker taking both the chairmanship and a third seat on VWâ€™s supervisory board; as the Prime Minister is cited.This will increase Porscheâ€™s power at VW dramatically.

Furthermore, the EU general attorney (Damazo Ruiz Jarabo Colomer) recommended to the European Union court to allow European Union commissions complaint against the VW-law. According to their opinions the VW law is not in line with EU laws.

Lower Saxony has lost an enormous amount of power to Porsche so far. It is very likely that the VW law needs to be suspended. In that case the federal state would lose even more influence on the company. Hence Lower Saxony has to rethink its equity holding strategy. I guess the state will sell a large portion of its shares in the next couple of years.