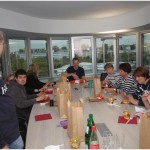 By now, word has gotten around that that there is no such thing as a â€œJob for Lifeâ€ any longer. What really surprises me is how many people are totally stunned when they realize that this insight applies to them too. Maybe our world of work isnâ€™t that much transformed as we might think.

Here are two different experiences I made with colleagues.

As you might know, I have once worked for a hidden-champion type global player. It was (at that time) a 100% family-owned business in a rural area. Franconia in southern Germany is a fairly conservative region. I know it is a generalization: I found that people tend to be averse to change and prefer to stick to what theyâ€™ve always done.

For almost all of their existence, this business had a strong culture of community and caring for their workforce. They were the biggest employer in that region. Not surprisingly, whole families worked there. I know of at least two cases when jobs virtually were inherited from father to son and mother to daughter.

Many of my colleagues there had spent all their working life in that one company. Many had impressive careers and had moved through various functions and departments â€“ everything within the company.

I had spent there 4 and a half interesting years. Despite having a great job, I left because I had what you would call the â€œboss from hellâ€. When word got around that I was going to leave, many co-workers got surprised:

For many of them it was simply outside of their imagination to leave that company and find a new job elsewhere in the world without being forced to.

â€œThat happens to everyone, but not to meâ€

My next job was at a specialized financial services provider. That bank was in a severe crisis and I thought, with luck I would stay there for about one year.

To cut a long story short: Than bank was taken over by a financial investor who turned it around and held it for sale. Thanks to the financial crisis, it took much longer than expected to sell the bank and I was still there. Finally, the bank was sold to a larger competitor whoâ€™s only plan war to close the whole bank down. Over a period of three years, we all would lose our jobs.

Ironically, I had spent ten years at what seemed to be the most insecure job I ever had. This was the longest time I had ever stayed in one job in my whole life!

What happened to that bank wasnâ€™t exactly a surprise. We were held for sale by a financial investor. Everyone knew that. Everyone knew that in this sale, all options were open. We all hoped that we would be acquired by an international investor who would use us as a nucleus for his German operations. Besides that, it was obvious that there was a worst case scenario too. That one hit us.

I took this development as an opportunity to go on with my side business (this blog and Themanager.org) and make a full-time business of it.

Many colleagues, however, felt like paralyzed. Of course, we all had hoped for one of the better scenarios. Nevertheless, many of my co-workers obviously had refused to accept that there was a worst case scenario too.

It turned out that there were many long-term employees who had worked at that bank for about twenty years or more. During that time, they had endured several crises and had â€œsurvivedâ€ several waves of layoffs. After that, they felt like invincible.

â€œIt has never happened to me. So it simply canâ€™t happen to me!â€

The lesson for businesses

Despite all those new career paths, despite all the talking about uncertainty and self-responsibility, there are still many people who secretly long for the job for life.

It is too shortsighted to say these people should wake up and face reality. These people arenâ€™t looking for a safe place where they can wait for their retirement. They are not lazy. The just donâ€™t want the stress of ongoing job-hunts and job changes. These are the people who want to be your most loyal and engaged employees.

Businesses are well advised to take care for those people too. As I stated in a previous post â€“ these are the ones who give your workforce stability and a long-term orientation. They are the keepers of the combined tacit knowledge of the organization. In my opinion, the best workforce consists of a mix of long-timers and short-timers. Thus, it can benefit from the best of both.